How to Properly Use ROAS to Optimise Advertisement Budget 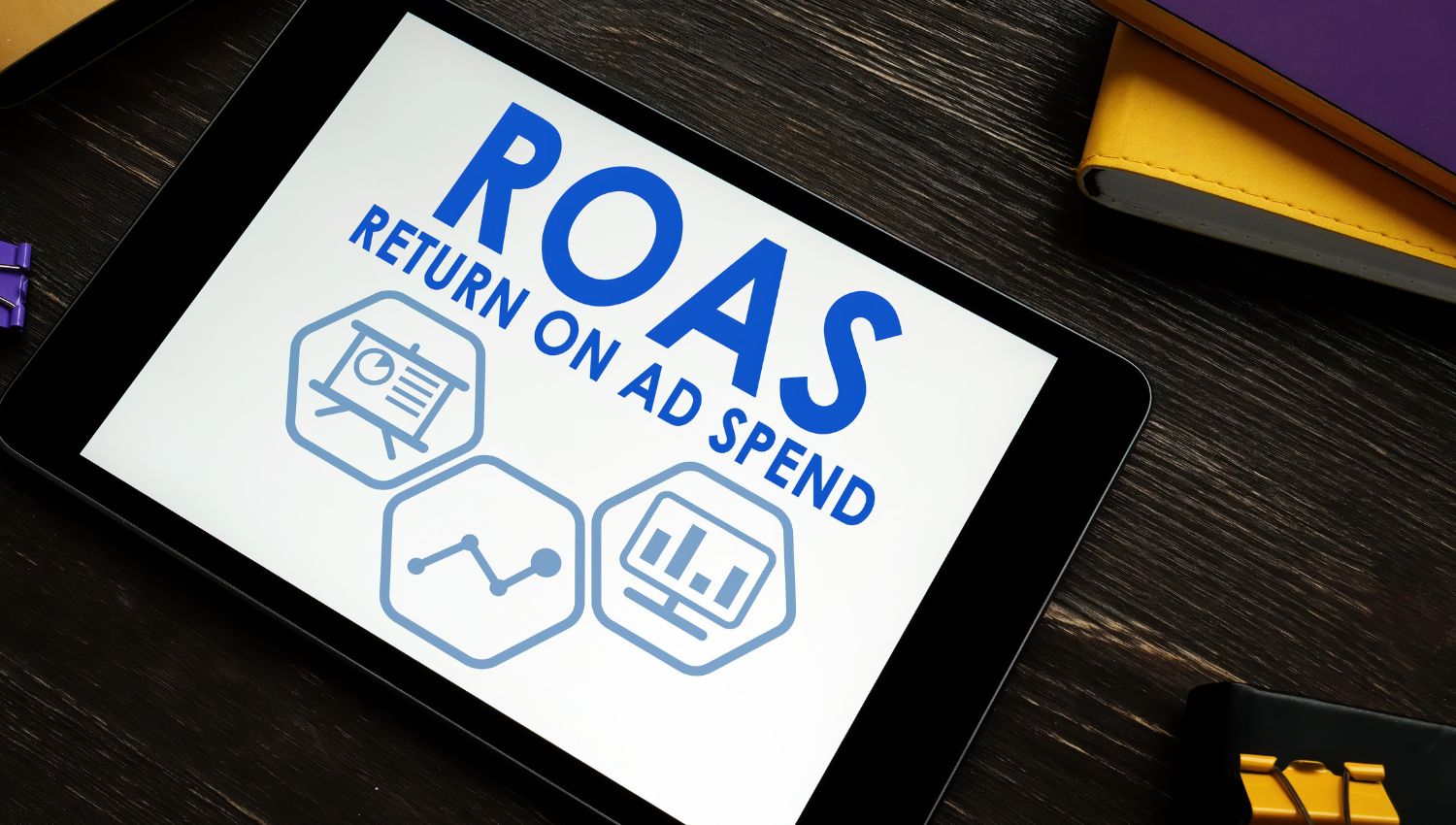 Average ROAS comes with certain risks when you split your budget among your marketing channels. See here how to solve them with 3 realistic examples.

Calculating the average ROAS comes with certain risks and limitations when you split your budget among your different marketing channels.

This article aims to explore these limitations and offer hands-on solutions. By the end of the article, you'll know the following:

Why is ROAS a good marketing metric: an example

And ROAS is one of the greatest tools for data-driven budget optimisation. Indeed, Return on Ad Spend, commonly known as ROAS, is one of the most used marketing metrics. Especially when it comes to marketing budget decisions. Even more than ROI (Return on Investment) when we focus on ad costs and returns.

While ROI is still relevant for your business, it cannot help you optimise your marketing activities on a campaign level. It's more like the bigger picture of how Revenue compares to your general marketing spend.

But when making campaign budget decisions, you need a more accurate metric that connects business value to your specific ad campaigns. This way, you have the correct data to split your budget among your channels.

Attribution results can be a significant first step towards data-driven media planning. However, using only the historical media impact and effectiveness is not enough.

The following stylised (but realistic) example showcases how the abovementioned works in practice. Assuming we have a budget decision to make for an upcoming campaign. For this campaign, we need to decide on a budget split between the following channels: TV and (Online) Video.

To decide on this budget split (in a data-driven way), we look at the historical attribution results for comparable campaigns:

The historical campaign results suggest TV and Video, on average, had the same investment levels during these historical campaigns. However, the average Revenue generated by Video is higher (€6.550) compared to the average Revenue generated by TV (€2.400). This also makes the ROAS for Video (€2,63) higher than the ROAS for TV (€0,96).

The risks of average ROAS: how to avoid the "flaw of averages" when making budget decisions.

When a marketer looks at this example, it seems reasonable to invest more towards the investment that has the higher ROAS. And this is a classic example of what we call the "flaw of averages".

Sam Savage (Harvard Business Review) suggests that "plans based on assumptions about average conditions usually go wrong". In a humorous example, Savage narrates the story of a statistician who drowned by crossing. This happened because he calculated that the river's depth was, on average, three feet.

This humorous story really outlines the limitations of averages in statistics. And how making decisions based on average values can have serious consequences. In that sense, ROAS is not any different.

In our example, this translates to the assumption that investing more in Video is a good decision. Because video has a higher ROAS on average. But again, this is not a wise choice. Actually, we need to investigate historical investments and analyse their incremental impact on the KPI of interest.

Calculate ROAS with a sensitivity analysis of your investments.

When you run your advertisement budget based on the average ROAS, you assume each future investment will have a similar ROAS. Moreover, this suggests a linear relationship between these investments and the generated Revenue. And you will continue to have the same impact (return) for each additional euro you spend, no matter what.

In reality, we often observe non-linear relationships between investments and Revenue. So, it is fundamental to investigate historical investment levels and compare these to the observed incremental Revenue. To do so, we reconstruct investment sensitivity curves to represent the expected Revenue for different investment levels.

How to optimise your marketing budget with incrementality testing.

Going back to our example, we have created the following investment sensitivity curves:

Investment sensitivity curves provide the expected Revenue for different investment levels. Looking at the Video curve of our example, we observe a diminishing curve. The first investments are relatively effective. However, when the budgets increase, we expect a diminishing return.

These curves align with the patterns we often measure in channels like TV and Video. For more traditional channels such as TV and Radio, minimum investment levels are often required to observe an impact. Moreover, these channels usually do not allow investing in smaller budgets.

To better understand this, let's deep-dve into the investment sensitivity in our example with 3 possible scenarios. Assume that you need to split the budget between TV and Video for an upcoming advertising campaign. How would you use ROAS for channel investments?

This scenario is marked by the plotted purple bullets on the graphs. The expected Revenue is visible on the chart too.

In the second scenario, we switch the budget split between TV and Video. Specifically, we move €500 of the TV budget towards Video. This scenario results from the "flawed" conclusion that we must put the budget into the channel with the highest average ROAS. In this case, the scenario would result in a budget split of €2.000 in TV and €3.000 in Video:

This scenario is marked with the plotted purple bullets on the graphs. And the arrows indicate the budget shifts compared to the historical budget split.

The total Revenue of this scenario would be €7.650. And the ROAS would be €1,53. This ROAS is lower than the one of the initial investment.

In the third scenario, we switch the budget split between TV and Video. In this case, we move €500 of the Video budget towards TV. This is the scenario that would result from analysing the investment sensitivity curves. This scenario would see a budget split of €3.000 in TV and €2.000 in Video:

This scenario is marked with the plotted purple bullets on the graphs. The arrows indicate the budget shifts compared to the historical budget split.

If you compare the above three scenarios, you see they all had the same total investment. Using the historical budget split, we achieve a revenue of €8.950.

Investing more towards video (the channel with the higher ROAS) seems logical. Although, the investment sensitivity analysis suggests otherwise. Particularly, we found that Video is already quite saturated within these spend levels. And therefore, this scenario results in a 15% decrease in Revenue compared to the historical budget split.

On the other hand, the TV channel is not yet saturated on these spend levels. So, there is still room for additional investment. This is why investing more in TV would lead to a potential increase of 25% in Revenue for our example.

Working for leading advertisers, we have learned that attribution results can be a significant first step towards data-driven media planning. However, we are not quite there yet with only the historical media impact and effectiveness. To further optimise your advertisement budget, you need to use marketing metrics optimally.

The article's example shows that the average ROAS can be a "flawed" metric. And it can lead to poor budget decisions for your future campaigns. Instead, investment sensitivity provides a better overview of the incremental impact of each of your future investments.

In this example, analysing investment sensitivity curves led to a potential increase of 25% in Revenue. While ignoring the analysis could lead to a possible decrease of 15% in Revenue.

Of course, ROAS is not the only metric that can help you optimise your marketing budget. Other factors can play a major role too.

Your industry is one of them. For instance, there are distinct steps you would follow to optimise the budget for insurance brands. In contrast, e-commerce brands should approach their marketing budget differently.

Would you like to know more about optimising your marketing spend? See how predictive marketing helps you forecast your campaign performance and revenue.

Sign up for the latest news, stories, and inspiration from the world of marketing measurement.

About usCareersContactFAQ’s
Thank you! Your submission has been received!
Oops! Something went wrong while submitting the form. 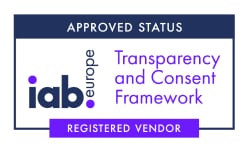